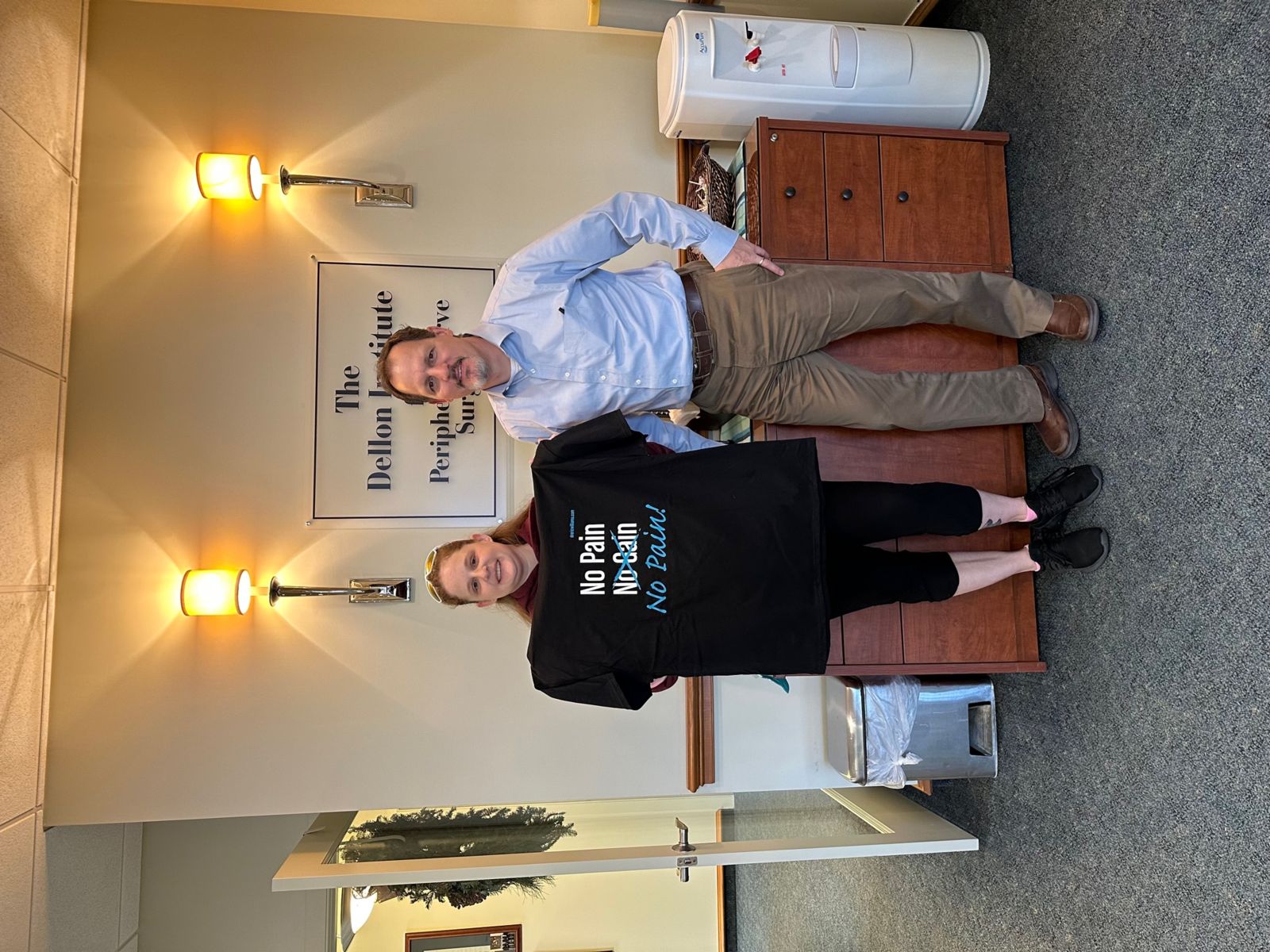 Today we wanted to celebrate with our patient! This patient has had a long history of several years of foot and heel pain.

She had already seen several physicians, had physical therapy, and non-surgical treatment for her plantar fasciitis. Subsequently, she did have a surgical procedure to try to help with her heel pain, but unfortunately it was not as successful as the patient had hoped for, though it did seem to help some of the orthopedic issues that were part of the problem.

Unfortunately, after these procedures several nerves had been caught in scar tissue and parts of her pain actually became worse and not better. We diagnosed her multiple nerve entrapments including the tibial nerve in the tarsal tunnel syndrome as well as entrapment of the calcaneal nerves – which are the nerves to the inner heel.

These smaller nerves were caught in the surgical scar used for the exposure that she had at her previous operation. Unfortunately, sometimes nerves can be injured when trying to get to places that surgeons need to go to perform the operation that has been planned.

In addition she still had some plantar fasciitis symptoms and other nerve compressions that were causing pain in the top of the foot that were plaguing her.

As a combined procedure with Dr. John Senatore, we were able to remove several small injured nerves to the heel that were bothering her so much and that prevented her from standing and walking, and release the nerves to the sole of the foot as well as nerves to the top of the foot.

Dr. Senatore was able to assist us with treatment of her plantar fascia. Now, two months out from her procedure, she is walking without crutches, and is reporting 80-90% relief of her preoperative pain.

She has been able to wean off of her pain medication and we could not be more excited for her improvements! She is back to standing and walking with very little discomfort to the heel and foot.

Thanks Dr. Senatore for your help on this challenging case!