Thank You To Our Armed Services and All Their Families Who Support Them! 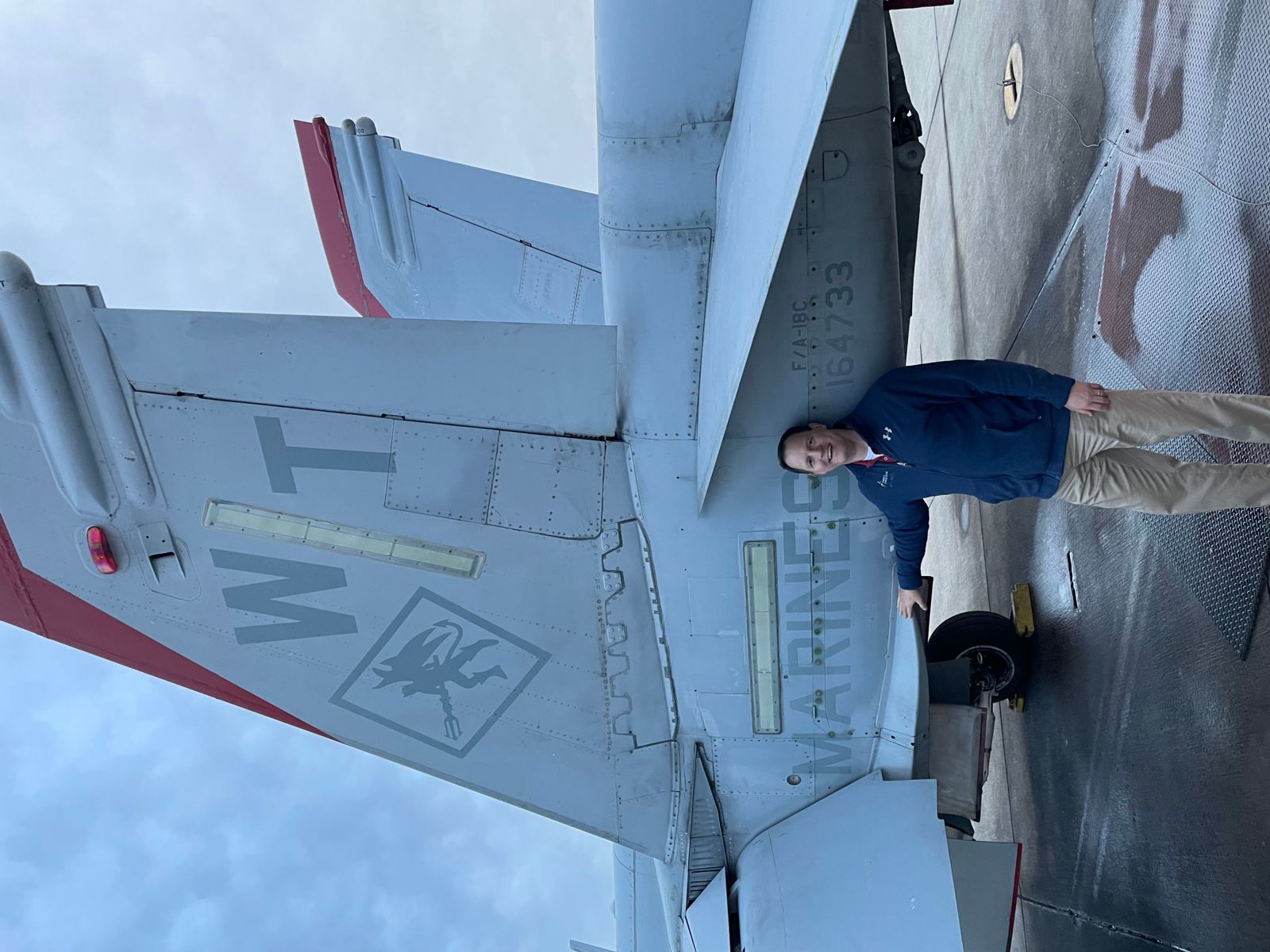 While attending the American Society of Peripheral Nerve meeting in San Diego recently in January, I had to opportunity to visit my college roommate.   What an incredible experience.  He is a now a high ranking commanding officer of the Marine Corps Air Wing and commands several squadrons of F-18s and F-35s, as well as C 130’s and all of their personnel.   He treated me to a walk on the air strip to see the planes.   Wow!   Incredible.   I had the opportunity to see the hangars with the planes are being serviced.  Essentially a really high tech garage.   There were planes with engines missing, wings taken off, seats removed, ect. Ect.   I even got to see the plane with his name painted on it.   That was crazy.  I don’t know why exactly but to see a 20 million dollar or more plane with my college roomate’s name painted on it really drove the point home….  He has served this country well!   Man, my heart just exploded with pride that I had know him for four years in college and was in the same door room for 3 years.   I was just like a kid…  “I know this guy!   The guy with his name on this plane….”   It was one of those moments that made me feel like a better person just because I knew him.

I will tell you though, he was the most humble man.  Quiet, confident, strong, yet incredibly humble and gracious.   Here I am jumping up and down making a big deal of this cool plane with his name on it.   A plane that he has flown for many years, a plane that has seen real combat action.   He has served for over 26 years in our Marines, served in Iraq and Afghanistan, and many other roles over the years.

We continued to walk the lines of planes both F-18 and F-35s.  Dozens of them.   One after another, neatly arranged in rows.  Each with another name on it.  Each supported by a team of others.  The F-35 is the newest stealth fighter.  Wow!  That’s all I could say.  Wow.   I even got to touch it, run my hand down the side of one.   How neat.   What a privilege, what an incredible experience.

As if that was not enough….  The sun was setting the sky was blue, pink, orange, and the foothills were in the background, and then while on the flight line, the color guard played Taps, and lowered the flag.  My friend, his two sons, and I stood still as the American flag was lowered and the trumpet sounded.    Wow.  A wave of emotion ran through me.  It was a very special moment.

What an honor just to walk around the air strip and see these planes, to think about the pilots who fly them, the men and women that service them, and all the men and women in our Marine Corps, then to think of and ALL of our Armed Services and all their families who support them!  All I can say is THANK YOU!

He showed me a plane with another man’s name on it.   A plane that my roommate had to fly home because the pilot whose name was emblazed on the plane had not survived his deployment.   It hit home again….  Some of these men, and their families will pay the ultimate price for serving our country.  I was hit by a host of emotions all at the same time: sadness, solemnity, pride, honor, empathy, sympathy, anger, disbelief.  All I could say was “THANK YOU!  I am so sorry.”

This whole experience was so exciting, but incredibly solemn at the same time.   It just hit me, what an incredible sacrifice, what incredible service to us and our county.
Thank you to all of those who have served our country in the armed forces!  Thank you to the families who have supported those men and women! 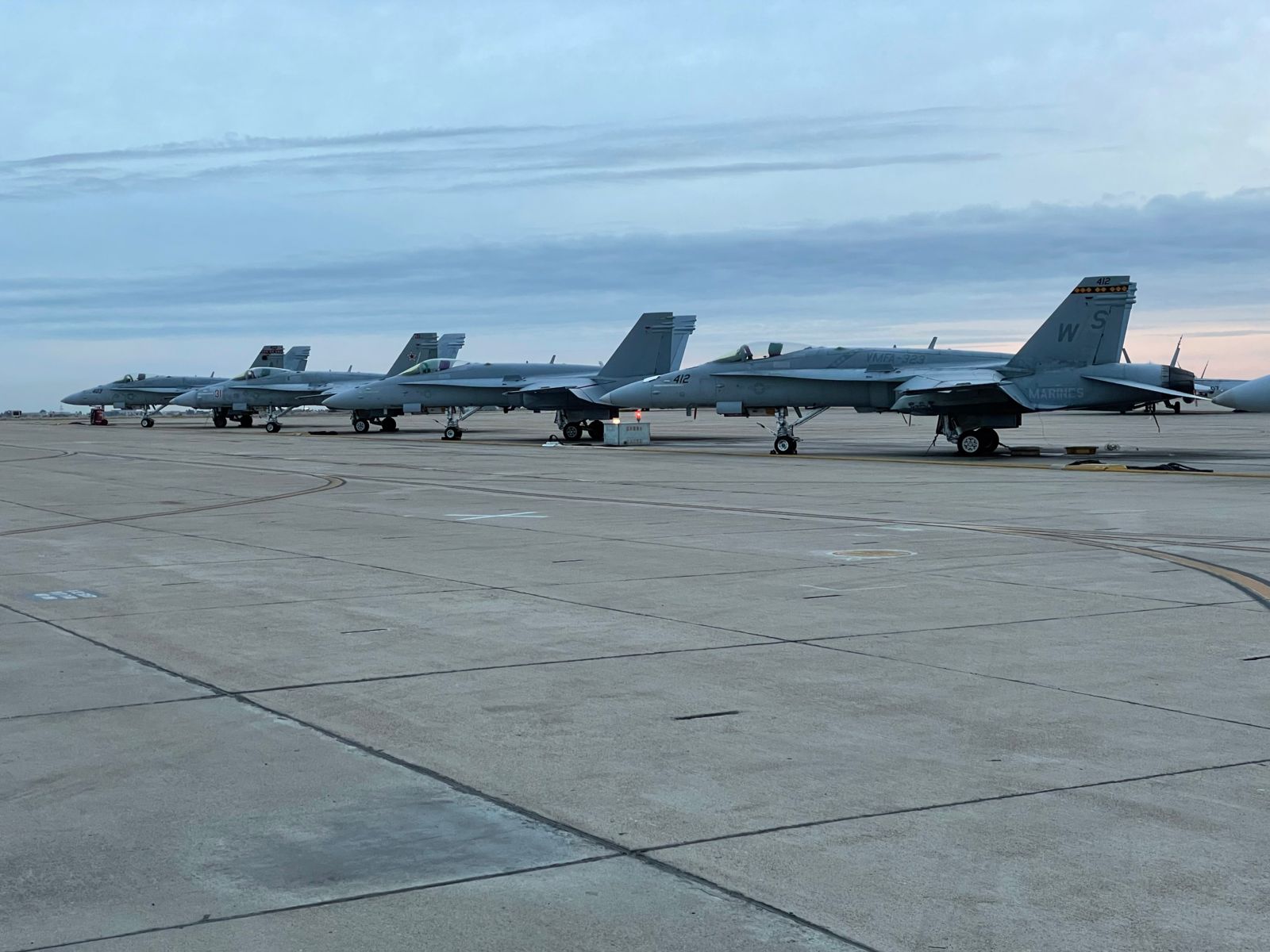 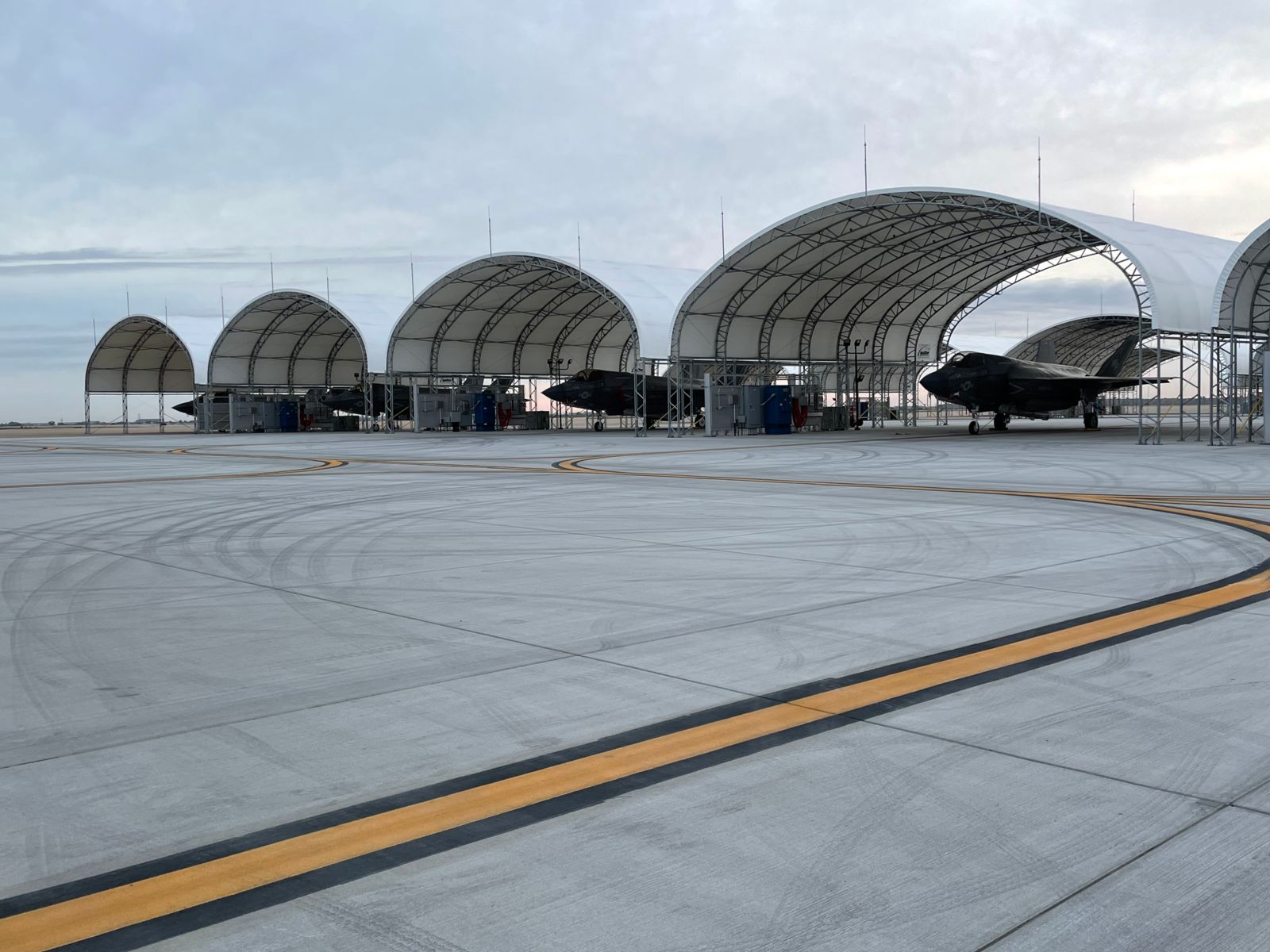 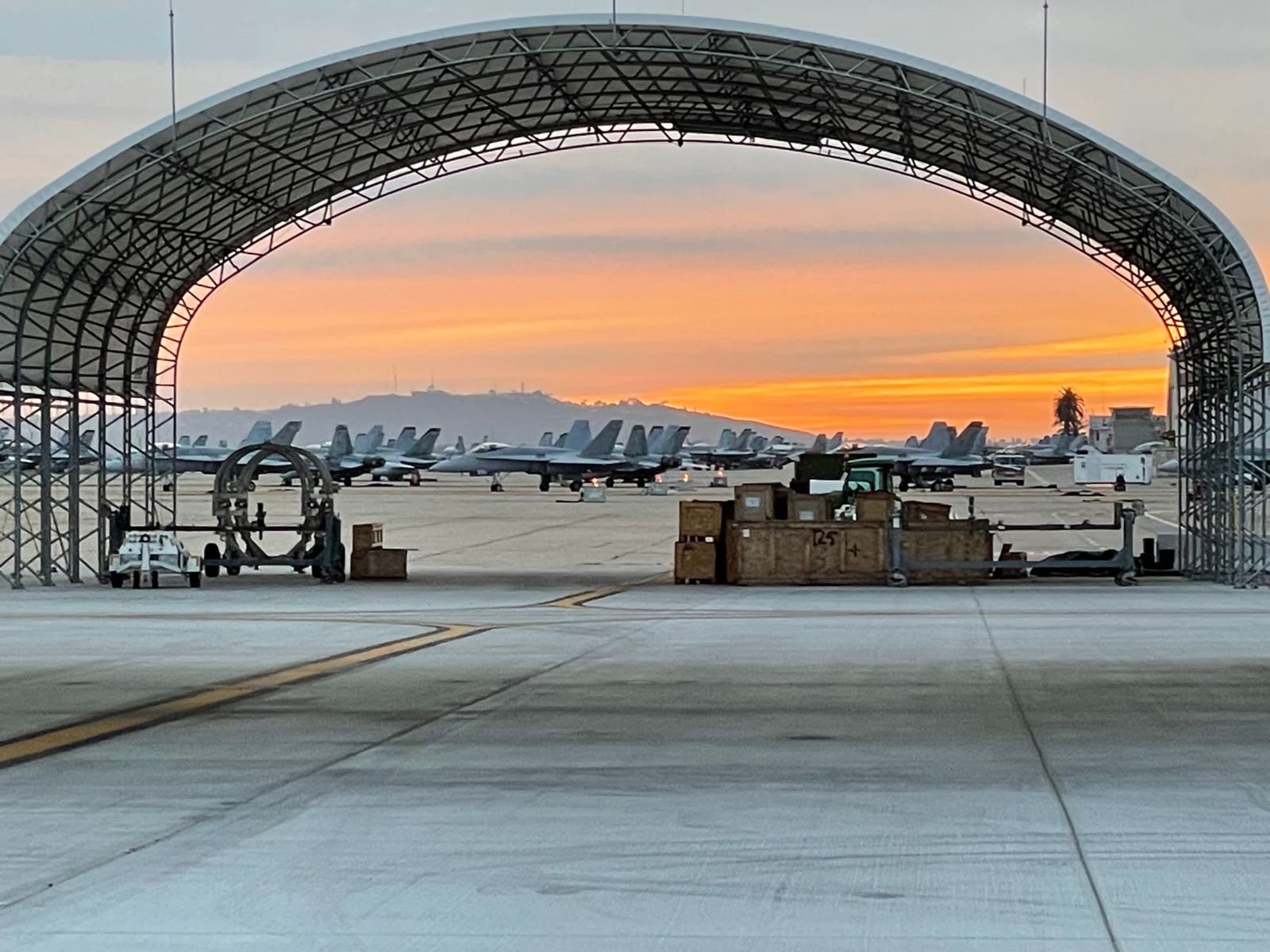 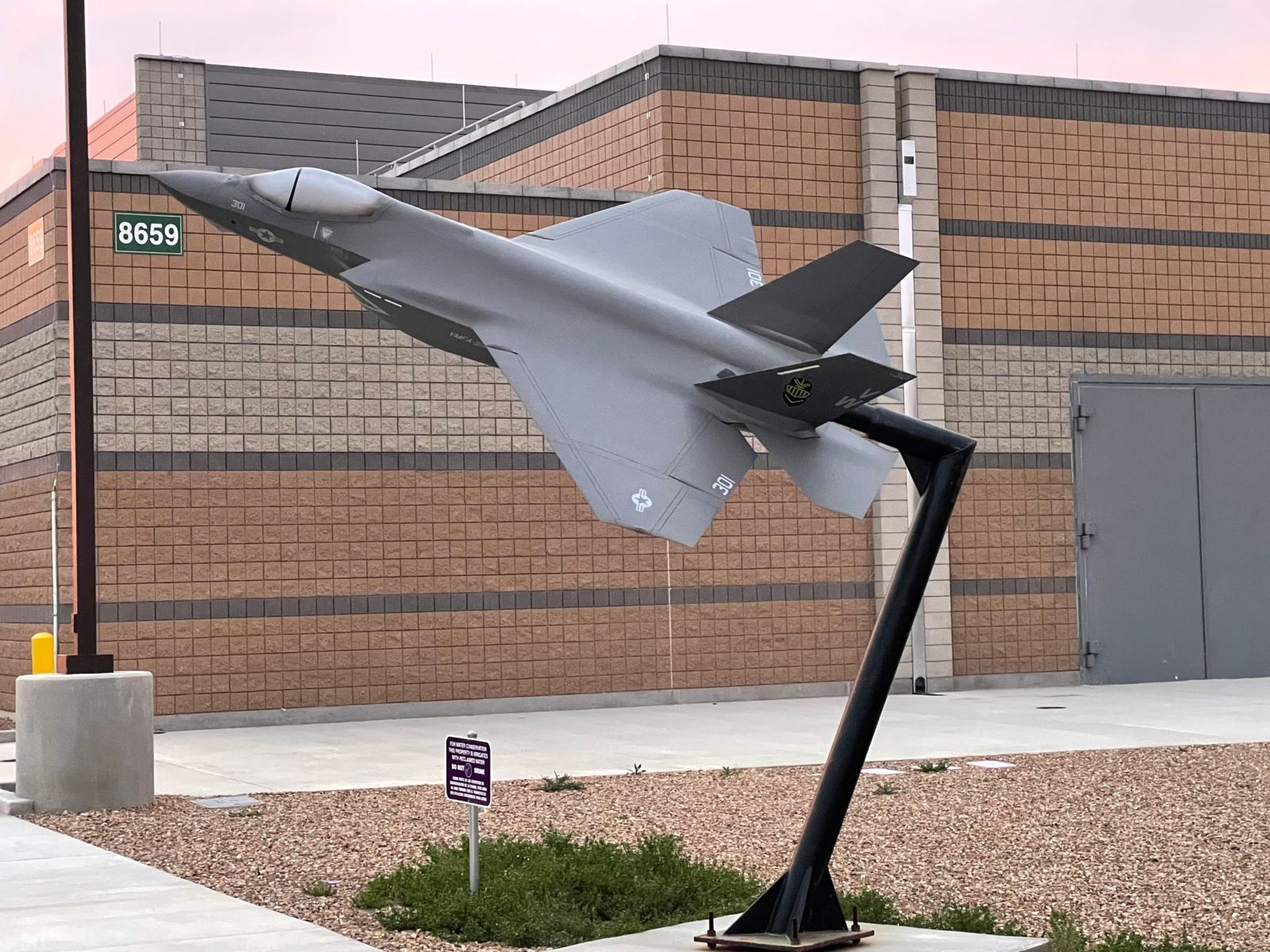